RSS
← Animals outside my back door!
Autumn leaves in Arakawa, Chichibu →

It’s way off the beaten track and billed as the biggest Dahlia garden in Kanto.

The dahlia are bigger than the local kindergartners! The orange variety of dahlia is called “fuku ha uchi” which means keep the good fortune inside your house, and is chanted in early February while throwing soya beans out of your windows! (The second half of the chant is “oni ha soto”, or devils go outside).

Out of the hundreds of varieties of dahlia, all shapes, colors and sizes, the kids noticed the one variety called “Santa Claus!” Here it is: 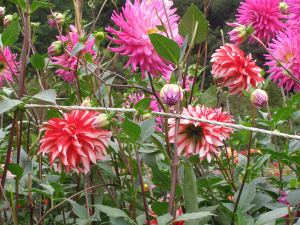 red and white one is santa claus!

This one is named after me: 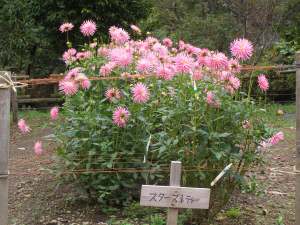 Posted by chichibumuse on October 15, 2014 in seasonal harvests and flowers

← Animals outside my back door!
Autumn leaves in Arakawa, Chichibu →